The past ~7 months since LRO

My plan after LRO was to keep working on it and eventually release a paid edition with a lot more content and airport themed games. That didn't happen. Instead I got distracted. Life got in they way.

However over all this time inspiration did strike a number of times.

I downloaded a ton of stock assets from itch.io and started messing around with the idea of creating a game based in an airport to follow on as a sequel from Luggage Retrieval Officer. The idea is that you have been hired by the airports HR team to create training documentation for all the different roles.

In this way you would be able to fully explore the airport, meet everyone and build relationships. But at the same time you would be playing minigames (each persons job) to build up your training material. The idea that once you are good at something yourself then you can train someone else to do it.

Since the game was going to be pretty text heavy, think visual novel + minigames, I decided to write my own dialog engine in python. This meant that I could write dialog like this...

And it would end up in the game like this...

I also got collision maps working when exported from Tiled which is cool. This was a great experience learning how to integrate external tooling in to my GBA game development process (which was actually super easy with the Butano makefile).

Having seen the Uridium on C64 a few months earlier I was obsessed with how the spaceship moved and how great it would feel to play a game like this. Could I get a C64 emulator running? No. But still video footage is very cool.

I also had a few ideas on how I could make it my own.

I got as far as downloading some sample 3d models, rendering sprites in blender and putting together a small demo of flying the ship.

And boy is it fun seeing that little ship do it's little flip into a barrel roll to turn around.

I was also inspired seeing a game called In Other Waters, where you explore the oceans using only a UI with Topographical maps and controls. As soon as I saw this I thought wow, that would be a cool way to make the most of the GBA's limited screen size.

With the GBA I tend to avoid classical UI elements (health bars, score, etc.), they tend to take away from the game and can be hard to see. But I wouldn't have that problem if the game was all UI?!?!

So I took the time to map out what this could look like. And came up with something I was pretty happy with.

The ideas is that Earth is nearing its final days and most humans are employed in jobs trying to find suitable planets for humanity to populate. You control a life probe, a drone on another planet with the goal of finding signs of life. 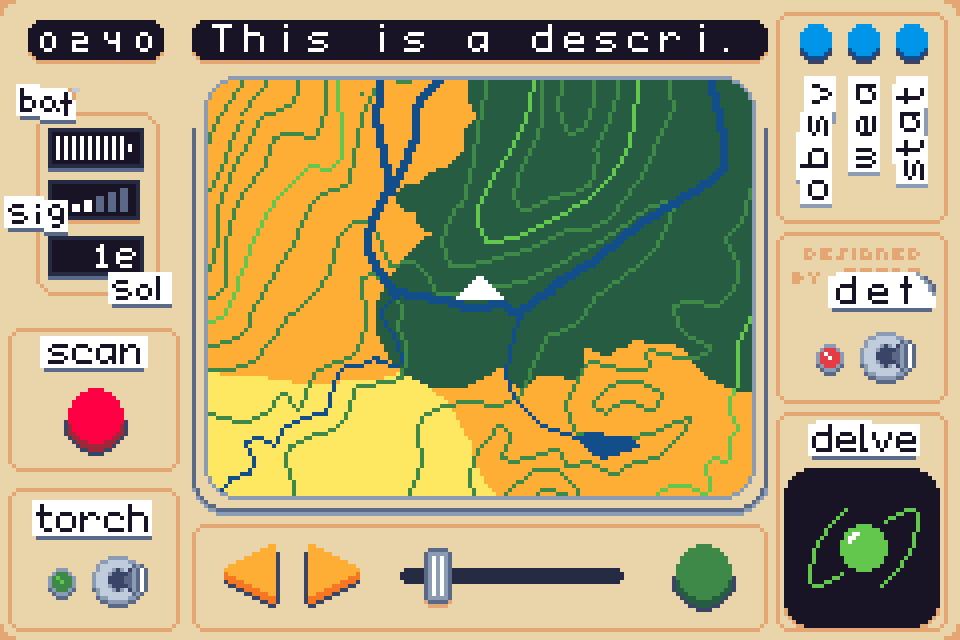 Some of the functionality is already thought out (left to right, top to bottom)

The idea would be that everything uses energy, so manage it carefully and do as much exploring as you can each day.

Fun fact - I even wrote a small optimizer using MSE to reduce the number of tiles in my topographical maps.

I made a tiny demo for this game too.

Some mock ups of what the delve system would look like for a creature... 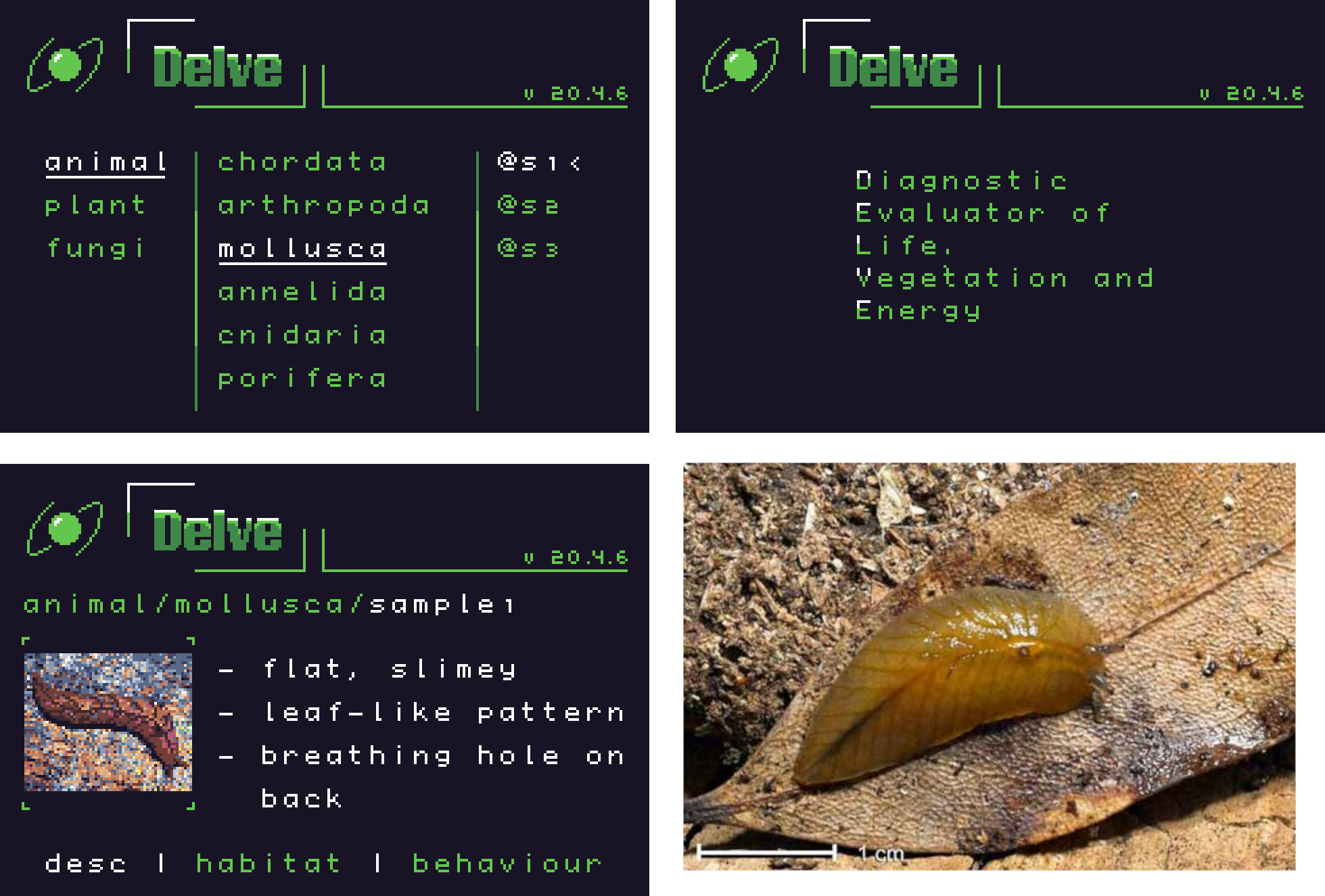 Lastly, about once a week I hang out with friends or family and play boardgames. Lately there has been a bit of a trend towards playing trivia games on something like Jackbox or some other app that runs on the TV and everyone answers on their phones.

Honestly, I hate trivia. It's a nightmare, who decided that taking random tests at home and comparing results was fun?

My plan was to make a game that appeased everyone with trivia questions, but also had other minigames hidden within it.

You start up the game, put in everyone's names and choose how many rounds you want to play. Then...

This simple format can actually fit a wide variety of games.

Please bare with me for this horribly rudimentary example.

So. Now we come to yet another jam (YES, I know we are already a month in) and I have yet to decide whether any of these prototypes is worth taking another look at or if I should try something else.

I plan to start posting more often though, so hopefully I can decide in the next few days.

Oh yeah, this year I am judging and I got to help out making the GBAJAM2022 demo cart.

You can check that our here.

Also now you can comment on my posts below.