I decided to have a jam with black & white (b&w) film once I fixed up the light leak.

Lots of research later and I discovered that most people recommend overexposing the film by a stop. This adds contrast to the image (we will learn why they need the extra contrast later). 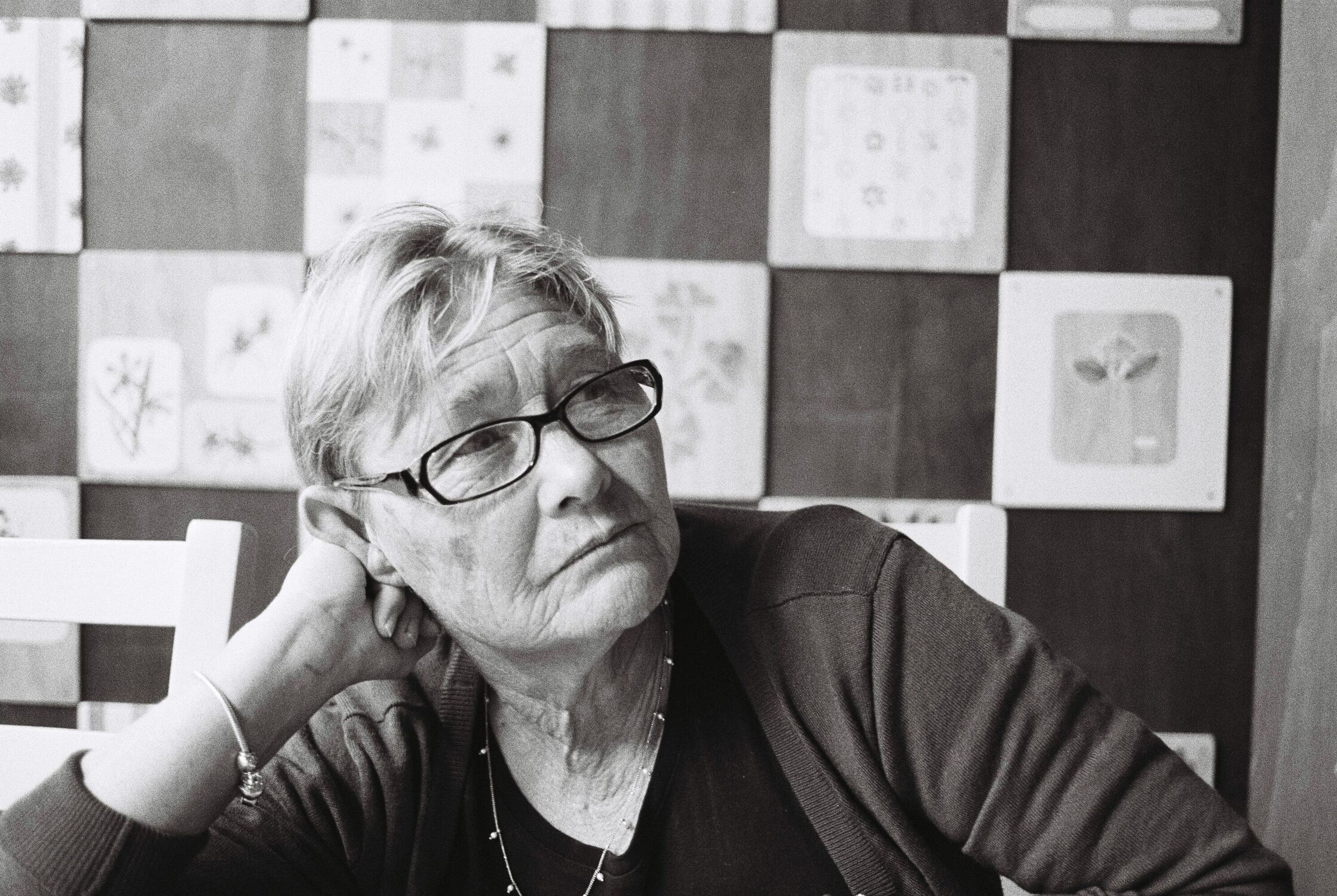 This first shot came out awesome. I love the expression on my mum's face as she stares into the distance waiting for that first cup of coffee to arrive. 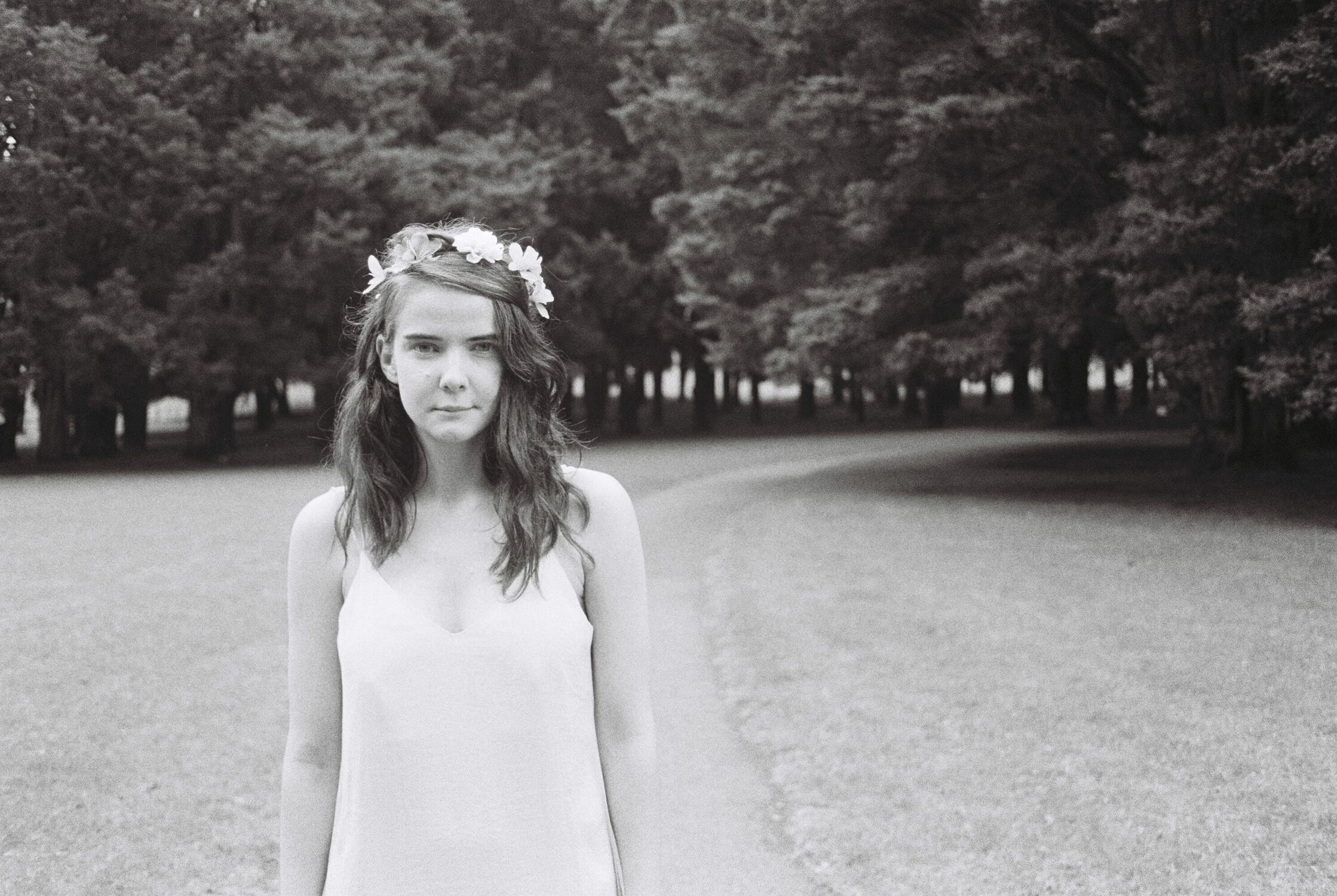 This second one though, is a little disappointing. Athena was in a joyous yellow dress and in the background a red stone path weaves through the green grass. There were plenty of contrasting colours to separate Athena from the background. But alas, in b&w her body disappears into the grass.

Shooting b&w is difficult because you don't know how it will turn out until you get it developed. Or at least until you learn to compose based on brightness rather than colour.